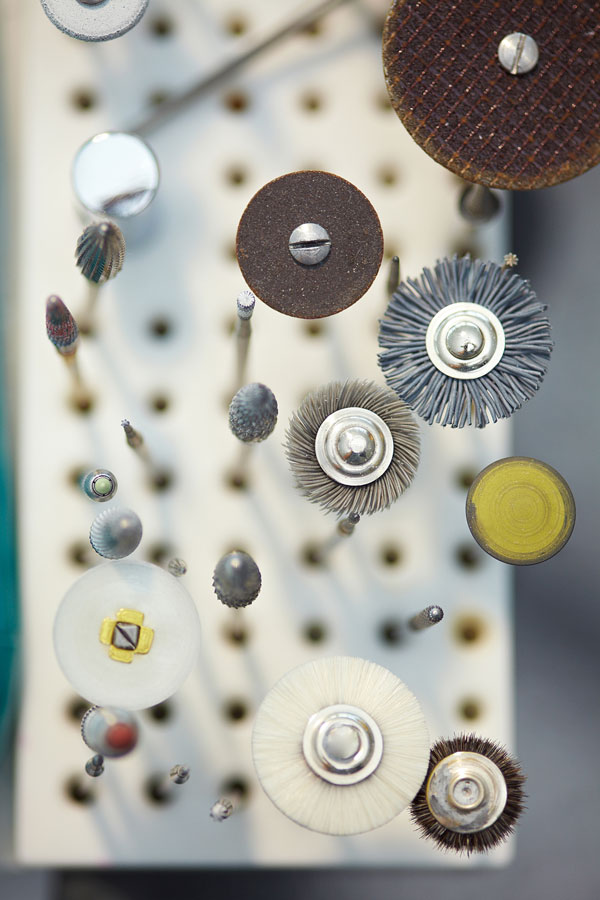 The selection of the bur is based on the task to be accomplished and what material is being worked with, whether it is natural enamel, acrylic, or metals such as gold and silver. An inverted cone bur is used as an excavating bur and is also well suited for making undercuts in both dental and jewelry applications. This bur shape is also useful for hobbyists and woodcarvers.